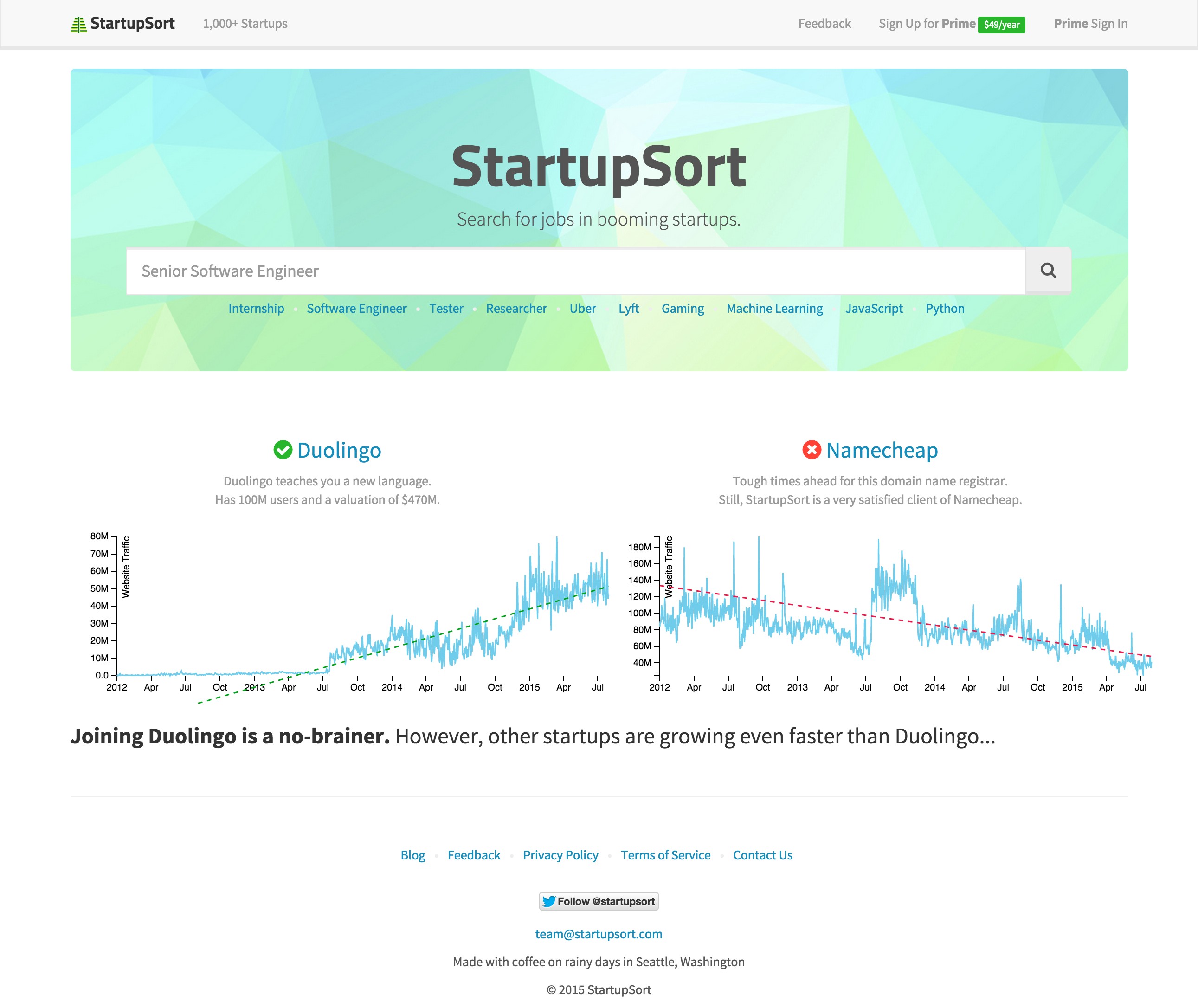 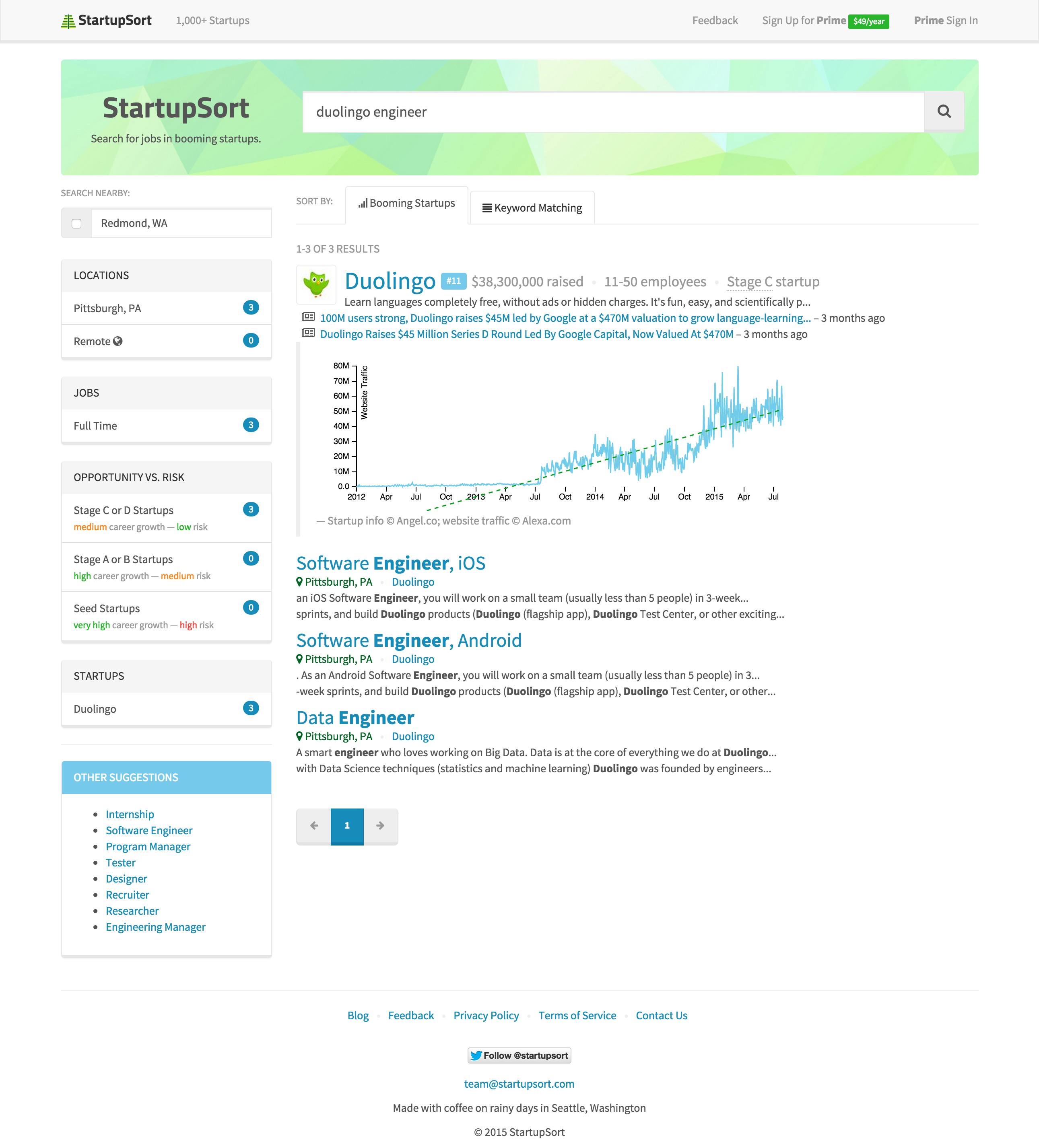 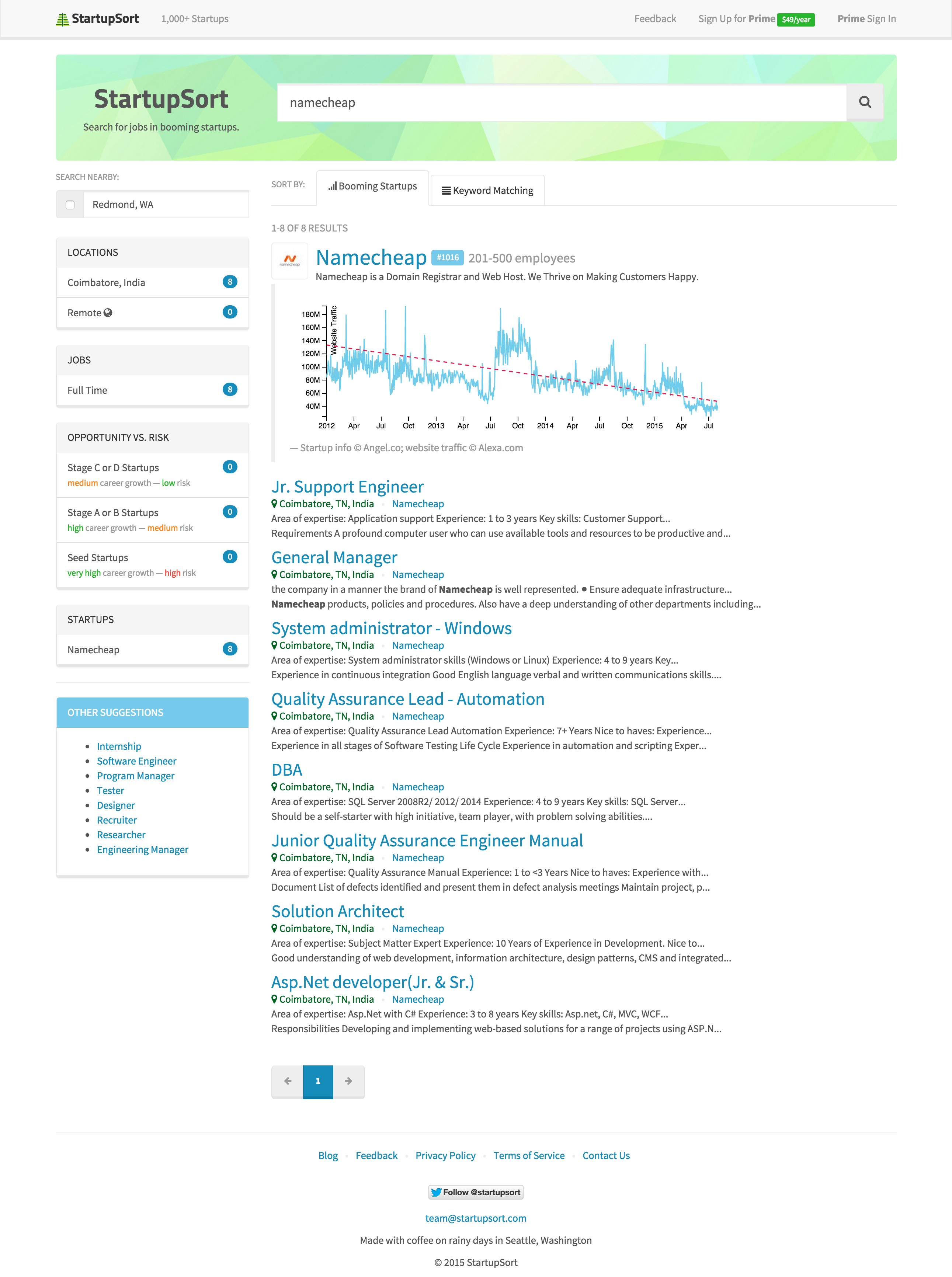 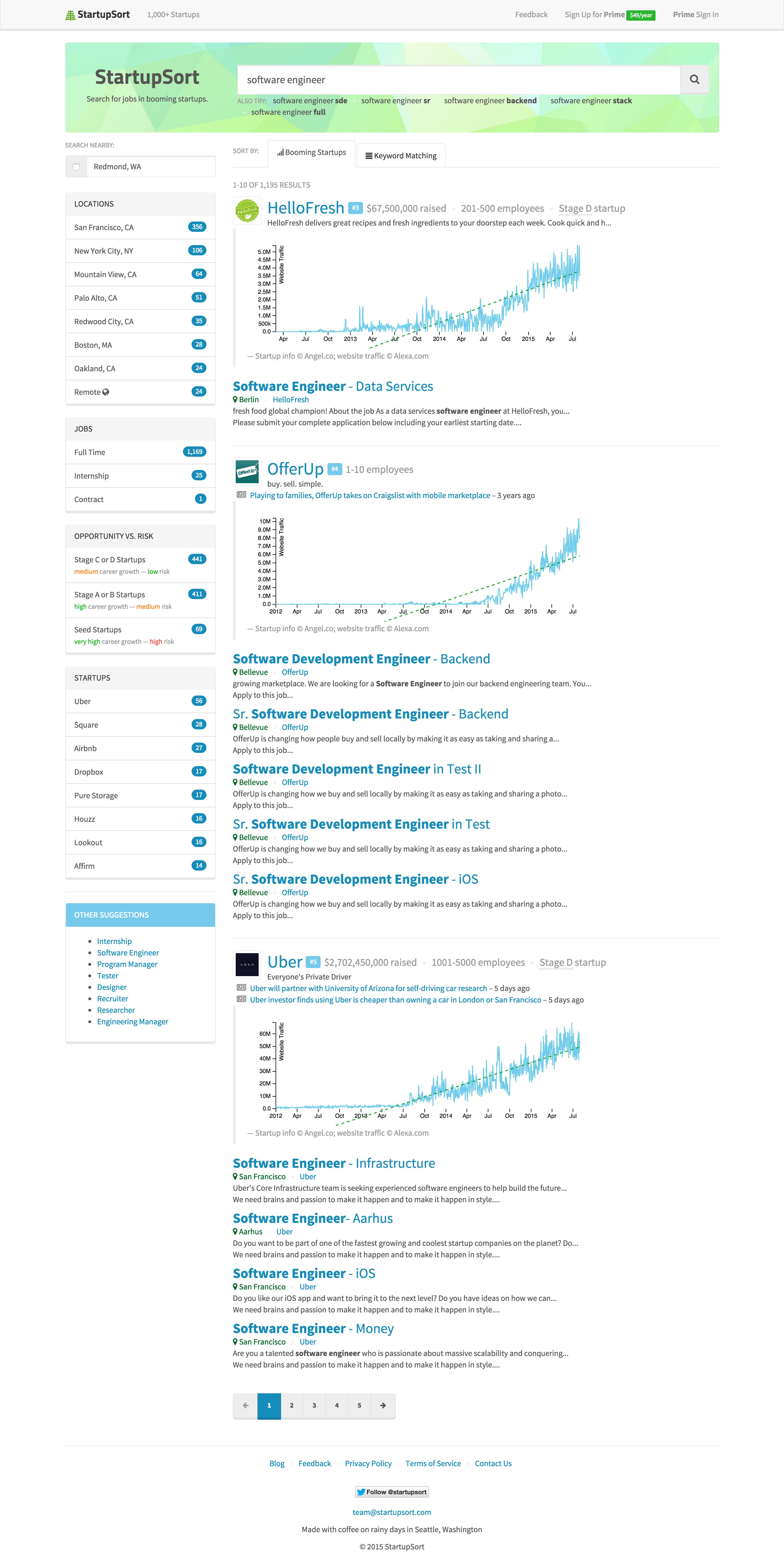 Imagine if years ago you could predict that Facebook would become this popular. Would you have applied for a job there? Probably. The ones who did made $20 million. Well, with StartupSort, now you can.

StartupSort predicts and ranks on-the-rise startups. This allows career-driven professionals to get the most out of their job hunt by joining early-stage startups on track to becoming famous.

StartupSort collects data like size, funding, website traffic and breaking news for 1,000+ startups, on which machine learning techniques interpret trend coefficients to further predict a growth score that correlates to the potential future success of a company. The growth curve of each startup is then plotted for comparison. For example, Duolingo, a startup that teaches you a new language, has 100M users, a valuation of $470M and right now, 15 job openings; even so, there are other startups which are growing even faster than Duolingo (being ranked #11).

Search for jobs in booming startups. Join the next Facebook. Make millions. StartupSort

PROJECT STATUS
Average # of unique visitors per month
not provided
Average $ revenue per month
not provided
SEEKING CO-FOUNDER/COLLABORATOR
StartupSort is built by a team of three friends from Seattle. We're now looking for a 4th co-founder, preferably with prior growth and marketing experience. If you think you fit the bill, please let us know.
THIS PROJECT IS LISTED IN
Analytics
Employment
Startups