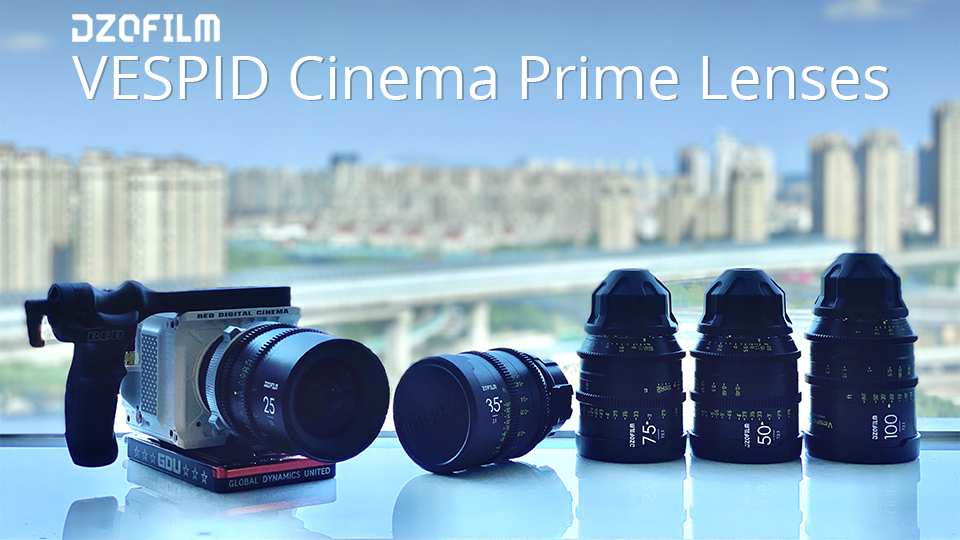 DZOFilm introduces a set of 7 prime lenses This time, I would like to introduce a very interesting prime lens. That's because it's the DZOFilm vespid prime lens that I once got after I was worried about choosing a lens. I had a good impression at the time of writing why I chose the cinema zoom "DZOFILM Pictor Zoom" for RED KOMODO, so I'm deciding that the single focus series would be even better. The rental period was just the same as the shooting schedule in Hiroshima, so I decided to have it sent directly to the hotel.

When I arrived at the hotel and said that my luggage had arrived, I told the front desk that I would bring it to my room, and the staff member said, "Eh." When I was wondering "?", I looked at the luggage situation here and started preparing the dolly while saying "Should I bring it?" Although I was confused for a moment, I could see him pulling it down from the shelf in the room at the back of the front desk. And the box I brought is huge! Looking at the box, it was a shock that made me think that it was an AR RI Master Prime class (size) cinema lens, so I expected it a little.

As you can't bring it with your camera bag, have them carry it to your room and check the lens immediately, aside from other luggage. When you open the box, you will see more boxes. A box from the manufacturer came out, and when I opened it, I found a case with the same design as the Pictor ZOOM lens. When I open the case, thinking that DZOFilm is unified in this style ... Tiny….

THIS PROJECT IS LISTED IN
Film Production
Photography